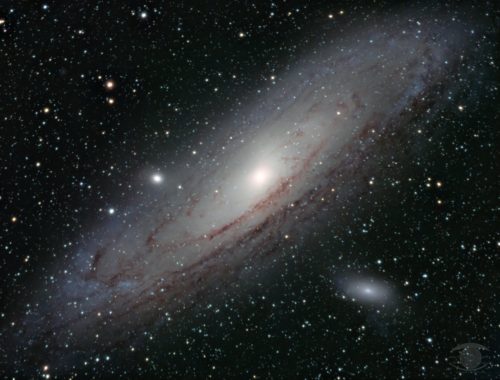 Photographers of all stripes have likely heard some variation of the title of this article at some point. Great photographers have likely heard it many times. And as well-meaning as the folks saying it may be, it’s a bit of an insult to the photographer. I know people are offering a compliment, but it still leaves me with a bit of a knot in my stomach to hear that the equipment I own is being credited for the work I did. My hard work, passion and dedication to my craft is being completely dismissed in favour of suggesting that my equipment is responsible for my final results. It just doesn’t sit well with me. I know this isn’t what the issuer of the compliment intended. They are genuinely complimenting me on my work and don’t mean anything bad. I’m not vain and don’t need to be showered in compliments either. But it’s still a little hurtful.

So, let’s play a little game here to explain what I mean.

Imaging saying this to a carpenter: “Wow! What an amazing mansion you’ve built! You must have a really good hammer and saw!”

Or how about telling a musician: “What an incredible song you recorded! You must have an amazing guitar!”

Or how about telling a painter: “What an incredible masterpiece you’ve painted! You must have amazing brushes and paints!”

Or how about this line to a surgeon: “Wow! You performed a miracle lifesaving surgery! You must have an amazing scalpel!”

I think you’re now getting the idea.

Perhaps comparing a photographer’s work to a surgeon’s is a bit of stretch, but in the end, the analogy stands. No one would consider complimenting a professional in most other fields for their good work by praising the tools they’re using.  People recognize that these individuals are skilled professionals in their field. They got to where they are by intense learning and practicing the skills they’ve learned over years. And they rightfully praise their skills and not their tools. So why is it different for photographers?

I’m a relative beginner as a photographer. I started in astrophotography in 2013. Up until that point, I had never used any camera outside of a point-and-shoot. I spent a lot of time reading, researching, and experimenting to figure out how to use my new camera. It was a long, painstaking process to get to where I am today. I’ve put in countless hours under dark skies – sometimes freezing, sometimes being eaten alive by mosquitos, and losing a lot of much-needed sleep in the process in order to learn to use my equipment. Then once that was over, I spend hours and hours of reading and watching tutorials learning what to do with the images I captured. And of course, I also spent an immeasurable amount of time actually practicing all these techniques to see what works and what doesn’t. After 5 years, I’ve become much better at my craft. I still have a lot to learn and I learn new techniques and skills all the time, but I’m at a place now where the learning curve is nowhere near as steep as it was in my formative days.

That said, equipment does play a role in the outcome. Like with anything, having the proper tools for a job is imperative. But it doesn’t mean the tools determine the outcome. I’ve surprised (and baffled) a lot of people over the past couple of years who have praised particular photos I’ve taken by telling me I must have a great camera. I would inform them that I was using an entry-level Nikon D5100 as my camera on my telescope. The natural follow-up seems to be “You must have a great telescope!” Again, I inform them that I’m using a tiny, sub-$1000 80mm entry-level apochromatic scope – a great little scope by any measure, but considering high end scopes of the same size sell for anywhere form 2 to 4 times that price, it’s really entry-level.  And they don’t know what to make of it. It boggles their mind when they equate expensive equipment with success vs the skill of the photographer.

This year, I realized I hit the limit of what I could do with my camera. I knew the frequency range my sensor could detect was holding me back. The options were to have my camera modded or to take the next step and get a more suitable astro-camera. The former option would have been the easy choice, but I chose the latter and got a ZWO ASI1600MC-Pro. Despite the 5 years of experience I had under my belt dealing with a DSLR, my initial results were horrible. The steep learning curve  was back once more. It once again took me many hours of reading, watching tutorial videos, and 7 actual sessions under the stars at my local dark site before I got what I considered to be my first good result.

Was the result better than what I had gotten with my DSLR in the past? Absolutely. I shot my best wide field image of M31 to date, as can be seen at the top of this page.  New equipment that was better suited to what I was doing DID make a difference. It allowed me to take the next step I wasn’t capable of with my old camera. But in the end, that camera is not responsible for the image I took any more than Photoshop is responsible for the post-processing techniques I use to get my final image. In the case of my M31 image, it actually required a lot LESS processing work than anything I’d done in the past.

But that said, in the hands of someone far more skilled than I at both image acquisition and post-processing, my equipment (be it with my DSLR or ASI camera) would also produce far better results.

Perhaps this is a by-product of this age of everyone having a camera on their phone and an Instagram account loaded with bad pictures. People with no real photography skill see better results than what they can get and automatically assume that the camera is the secret sauce that makes an image better.

And I’ll end this by saying that I’m a terrible photographer. I can do decent portraits. I’ve taken a few cool daytime landscape images. I’ve shot a few random other pictures that have turned out well. But really, it’s not my thing at all. I just don’t have an eye for it. My thing is astrophotography. While I still consider myself a novice, I’m happy with my progression and can see my improvement over time. But when it comes to normal photography, my skills are sorely lacking. I have a fantastic camera and lens (Nikon D750 and Nikkor 24-70 f/2,8). I’ve seen good photographers with their iPhone that can get better results than I.

On that note, I’ll end my rant by thanking you for reading, and as always, keep those eyes and lenses pointed upwards.