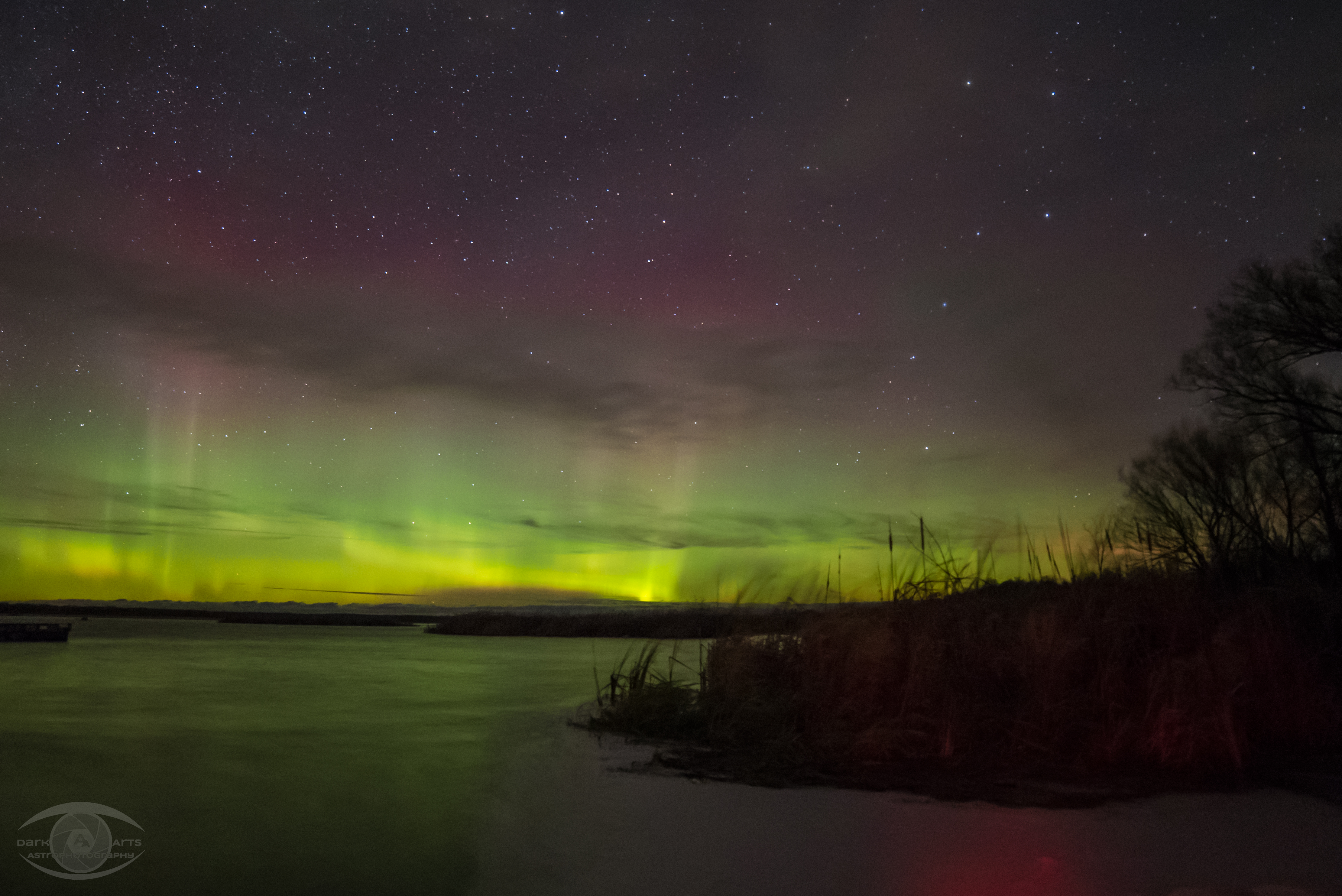 For night’s swift dragons cut the clouds full fast,
And yonder shines Aurora’s harbinger;
At whose approach ghosts, wandering here and there,
Troop home to churchyards.

The aurora borealis – nature’s light show. There are few other  naked eye celestial events that are so beautiful and breath-taking. From subtle bands of green across the northern horizon to waves rippling overhead and colourful pillars of light rolling across the sky, it’s no surprise that people go through such great lengths to see this wondrous sight.

What Causes the Aurora?

The source of aurora is the Sun. The sun regularly discharges charged particles from its atmosphere via solar mass ejections due to the violent fluctuations of its magnetic field. These ejections are thrown out into space in all directions. When the Earth crosses paths and collides with these charged particles, they get caught in our magnetic field and pulled in towards the poles. Glancing blows will produce weak aurora while direct hits may produce all-out geomagnetic storms.

The different colours seen during an aurora are due to the type of gas particles that are colliding and their altitude. The common pale green colours we associate with aurora is produced by charged oxygen at about 100km altitude crashing into the Earth’s atmosphere. The rarer red / magenta hues and blue / purple bands are caused by oxygen and nitrogen at much higher altitudes of about 300km.

What’s the Best Season to See the Aurora?

Technically, there is no season or time of year where it’s more active. The Sun is very active and constantly spewing out material which collides with Earth. The aurora happens year round regardless of seasons.  However, winter tends to be the best time to view the aurora in the northern hemisphere. As we move into fall, the days get shorter and nights get longer. With longer nights, the chances of seeing aurora increase since we have more darkness.

That said, typically, the aurora tends to be more intense and seen farther south in the middle of the night when the Sun is completely on the opposite side of the planet from your geographical location. This tends to be in the 11PM – 3AM time window. Of course, there’s no guarantee this will happen. Such is the nature of forecasting weather, be it on Earth or in space.

The Kp-index was develpped by Julius Bartels in 1938 and is the worldwide standard by which auroral disturbances of Earth’s magnetic field are measured. It quantifies the magnitude of geomagnetic storms based on 3 hour measurements of the K-indices. The index measures the intensity of aurora on a scale of 0-9, with 0 indicating little to no activity, and 9 indicating the most intense geomagnetic storms. As the K-index value rises, so does the intensity of the aurora and the farther south (or north in the case of Aurora Australis) its effects will be visible.

Once aurora activity reaches Kp 5,  it’s considered a geomagnetic storms. The storms are classified G1 to G5. It’s during these periods of time that geomagnetic activity is very high due to a heavy concentration of charged particles in the Earth’s magnetosphere, which causes magnetic reconnection and snapback to occur. The visual effect of this is described above in the What Causes the Aurora section above. If you’re into chasing the aurora for both observation and photography, this is what you want! Witnessing an overhead geomagnetic storm is a sight to behold and something astrophotographers travel great distances to experience and photograph.

What are the chances I’ll see the aurora?

Even with the best scientic data, aurora are notoriously hard to predict. The farther one moves from the poles, the lesser the chance of seeing it while the difficulty in predicting it increases. More northern latitudes will  see the aurora more regularly with a higher intensity. It will also be higher above the horizon. Areas like northern Canada, Alaska, northern Russia, Scandinavia, Iceland and Greenland see aurora on an almost a daily basis while it takes stronger geomagnetic activity for an aurora to be seen farther south.

For the latest, up to the minute information on current K-indices and aurora map, refer to my Aurora Forecast page. From there, you’ll have access to the most current data and maps.